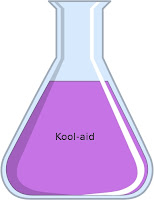 Why is academic medicine devolving into quackademic medicine? What are the driving forces? One is the AMSA foundation's EDCAM project. EDCAM was funded by a grant from the NCCAM and tasked with developing and promoting integrative medicine curricula in MD and DO granting medical schools. You can browse some of EDCAM's curriculum resources here and view AMSA's list of some med school CAM programs here (Orac, you've been wanting to update your Academic Woo Aggregator---I haven't compared this list against yours but maybe there's something there).

So last October I linked to this paper (free full text via Medscape here) which was critical of the EDCAM curriculum and concluded (my emphasis):

These “evidence-based CAM” curricula, which are used all over the country, fail to meet the generally accepted standards of evidence-based medicine. By tolerating this situation, health professions schools are not meeting their educational and ethical obligations to learners, patients, or society.

Those strong words drew a strong and angry response, mainly from the boosters of CAM, which you can read in the letters to the editor in the February issue. One of the paper's authors, in response, (if y'all will indulge me in a little self-aggrandizement) concluded by making the same point about the Flexner Report I first made several years ago in this blog and wrote about here. He wrote:

One hundred years ago the Flexner Report brought about reforms that made science and scholarship the basis of medical education in the United States. Advances in science resulted in remarkable progress in our understanding of human physiology and disease. Advocacy of unproven and implausible alternative therapies is a regression to the pre-Flexner era. It is an educational failure that needs to be acknowledged and rectified.